A recent divorce case involving a prominent New York lawyer, his ex-wife and the Bernie Madoff ponzi scheme has sparked much debate among legal scholars, the judges deciding the case, and the public. An article by Peter Lattman of the New York Times discussing the case indicates that Steven Simkin has filed suit to set aside a two year old divorce settlement agreement with his ex-wife Laura Blank. Mr. Simkin’s justification for attempting to set aside the seemingly final divorce agreement is the fact that he fell victim to Bernie Madoff’s ponzi scheme. A significant portion of the couple’s assets were maintained in a Madoff account which was valued at roughly $5.4 million at the time the parties entered into the divorce agreement. Fortunately for Ms. Blank, a portion of the Madoff account was liquidated to pay her portion of the settlement and she chose not to reinvest the funds with Madoff. Mr. Simkin was not so fortunate and the value of his investment with Madoff proved to be worthless once the Madoff fraud was revealed. Mr. Simkin now seeks to set aside his divorce agreement and recover millions from his ex-wife claiming there was a mutual mistake among the parties when they entered into their agreement. The mutual mistake being that they owned a valuable account with Madoff worth $5.4 million which turned out to be worthless, or as Mr. Simkin argues non-existent. Mr. Simkin’s case was dismissed by a trial court judge, but the New York appellate court overturned the dismissal in a 3 to 2 decision. Barring a settlement, the case will go to trial and the results will not be know for some time.

While some of the on-line comments on the article focus on the legal merits of Mr. Simkin’s case, i.e. whether this case constitutes mutual mistake as defined by the law, a large number of commentors took the opportunity express their opinion of Mr. Simkin as just another “greedy, shameless attorney” who is abusing his position as a partner in a high profile law firm to run his ex-wife through the ringer with free representation from his cronies. The number and tenor of these comments brought to mind what seems to be a universal truth…a large portion of the public dislikes, distrusts, and in some instances despises lawyers. While this is nothing new, it does raise an interesting question about the seemingly majority opinion on the Simkin case. Would the sentiment about the case be so one-sided if the shoe were on the other foot? What if Mr. Simkin had turned over his interest in the Madoff account to Ms. Blank and it was Ms. Blank attempting to overturn the divorce agreement? Would the on-line community label Ms. Blank as just another greedy, shameless, former-spouse trying to undo an agreement because she overestimated the value of an investment account? More likely they would espouse her courage as she battled the high-powered lawyer and his pals to recoup what is rightfully hers after her greedy, shameless attorney ex-husband sold her a bill of goods in the divorce settlement. Of course, their opinions may change yet again once they found out that Ms. Blank is also an attorney. 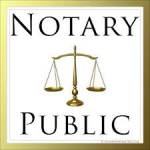 This website is designed for general information only. The information presented at this site should not be construed to formal legal advice nor the formation of a lawyer/client relationship.